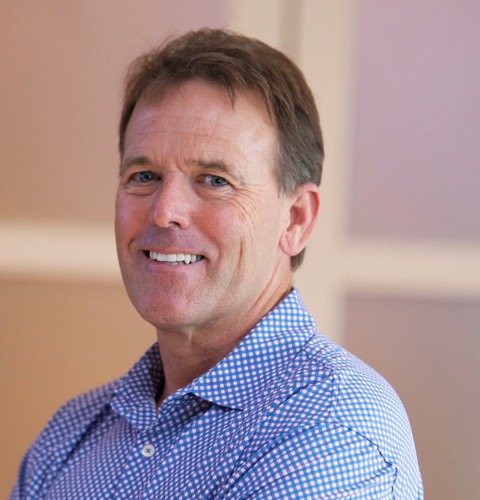 Larry Griffin Jr., a Charlotte native, is the Principal for Griffin Brothers Companies (GBC), which was founded in 1962 by his father, Larry Griffin Sr.

Larry graduated from UNC Charlotte’s Belk College of Business with a Bachelor of Science in Business Administration in 1984. During his time at UNC Charlotte, he became an active member of Chi Phi Fraternity and continues to be involved today.

Larry is an avid golfer, and attended UNC Charlotte on a golf scholarship. After graduating, he obtained his real estate broker and general contractor licenses. He sold real estate locally and built custom spec homes until joining the family business, Griffin Brothers Tire Sales, in 1989.

Larry helped build that business from its original location on West Trade Street to 10 stores in the greater Charlotte area until he and his family sold the business in 2016.

Larry and his wife Ginger live in Cornelius and have four children: Leah and Blair, and twins Haley and Trey. 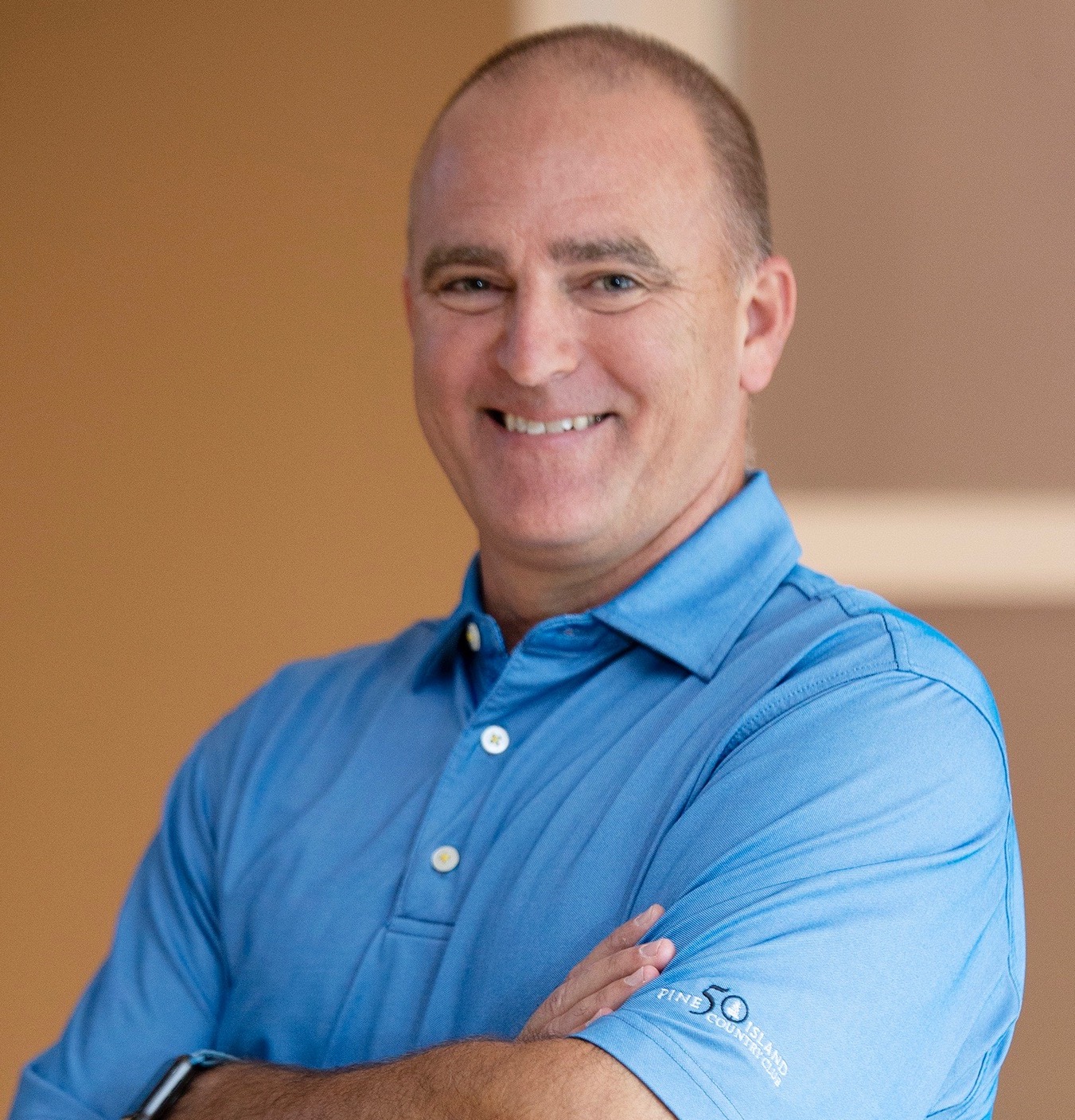 Mike Griffin is a partner with Griffin Brothers Companies (GBC), which was founded in 1961 by his father, Larry Griffin Sr. GBC has grown into a $50 million enterprise that includes a diversified portfolio of businesses.

Mike is a graduate of UNC Chapel Hill and serves on a number of non-profit boards, including UNC’s Kenan-Flagler Business School Board of Advisors, UNC Family Enterprise Center Board of Advisors, and UNC’s Entrepreneurship Leadership Council. Mike was awarded the 2018 Lake Norman Chamber Businessperson of the Year and UNC’s Adams Apprenticeship 2020 Pioneer Award. If you don’t see Mike in the professional setting, he’s most likely in Chapel Hill with his family, playing golf, or hanging out on Lake Norman zooming around on a fly board. Mike lives in Cornelius with his wife and their two teenage children. 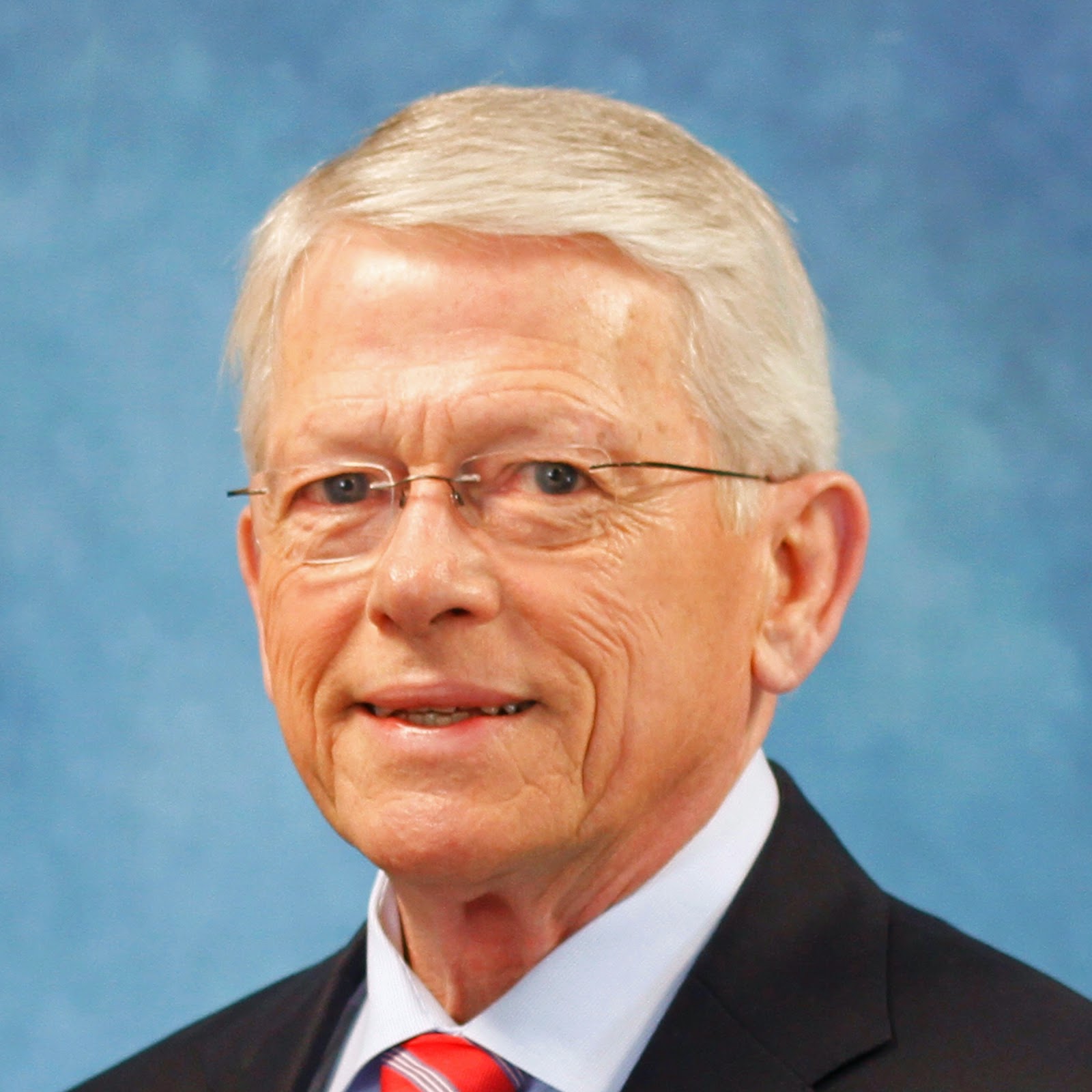 Chuck Howard has been in the car wash business for more than 50 years. He is the owner of Autobell Car Wash, Inc., along with his three adult children, and serves as the company’s CEO. While still a college student, Chuck worked alongside his father, Charles “Charlie” Howard Sr., as the elder founded Autobell in Charlotte in 1969.

Autobell operates more than 85 locations in the Carolinas, Virginia, Georgia, and Maryland, with consistent growth. Chuck and Autobell have received numerous recognitions from utilities, government, and the media for the company’s water conservation and environmental commitment, community relations, employee development and scholarships, and fundraising program.

Chuck is also CEO and founder of Howco Inc., a distributor of car wash equipment and supplies, and a consultant to the car wash industry in the Southeast and Mid-Atlantic. Howco is a leading distributor for Coleman Hanna Carwash Systems and other major brands.

Chuck serves on Charlotte’s NorthEnd Partners Board and the Wingate University Board of Trustees. He is a past board member of the Charlotte Chamber of Commerce; past president of the Southeastern Car Wash Association; past supplier vice president of the International Carwash Association (ICA); and a 2007 inductee into the ICA Hall of Fame.

Chuck is a graduate of Wingate University and the University of North Carolina Charlotte’s Belk College of Business. He and wife, Carmen, have three children who all work in the family business, 10 grandchildren (and future car washers). 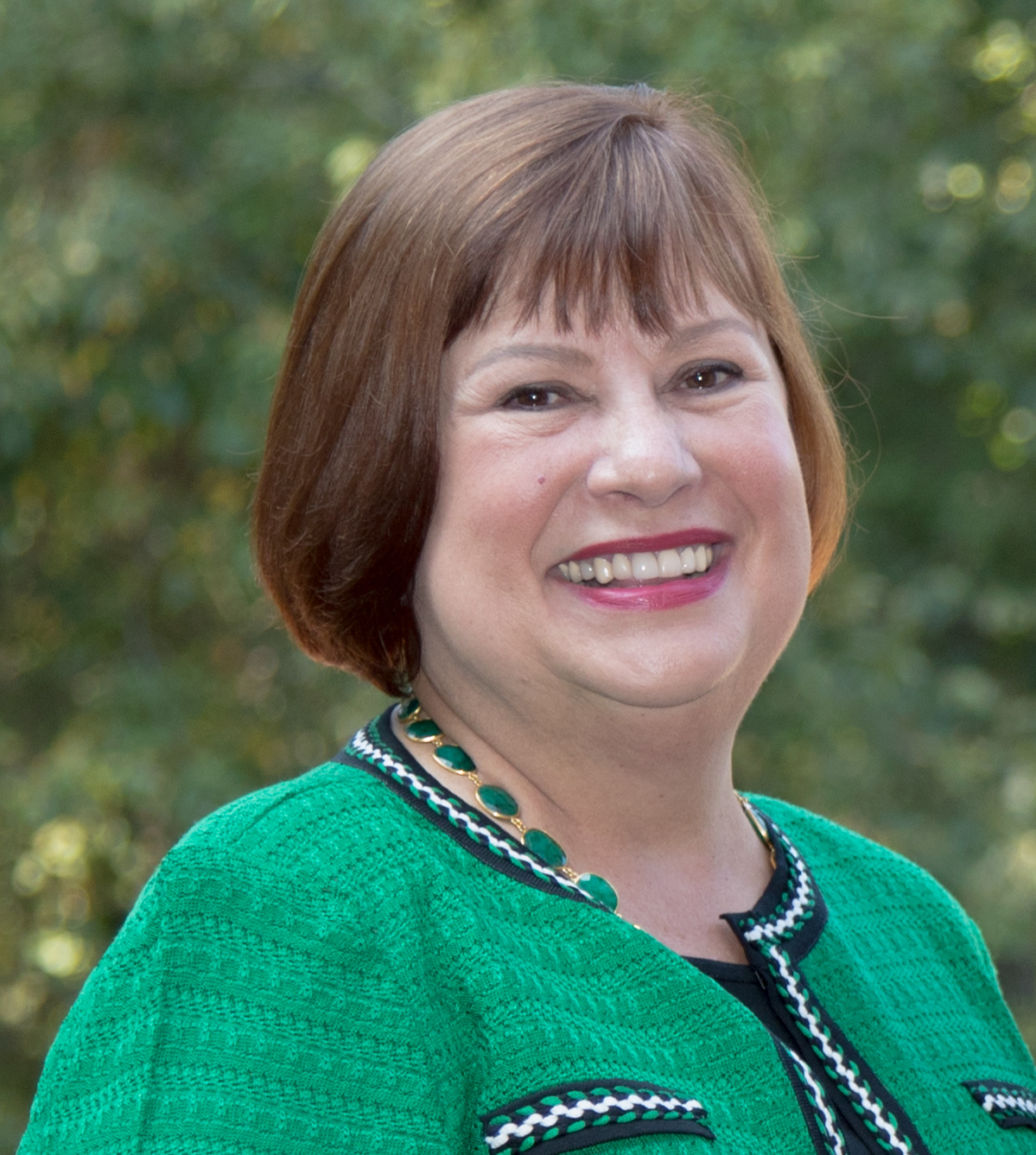 Past board experience includes: Southern Evangelical Seminary board member and chair and Blumenthal Performing Arts Board member.

Susan is a proud graduate of UNC Charlotte with a Bachelor of Science in Accounting, Highest Honors, and the Belk College of Business 2019 Distinguished Alumna honoree.

Sept. 28, 2020: Leading on Diversity, Equity and Inclusion in the Workplace 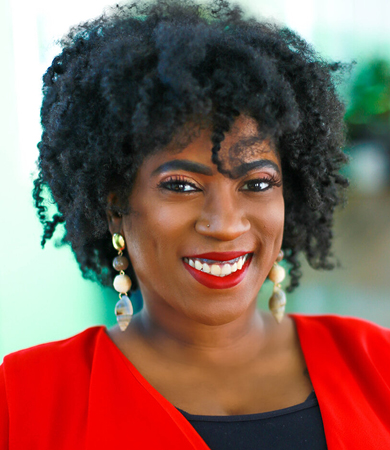 As a Certified Coach and Talent Development Consultant, Latesha Byrd is the Founder and CEO of Byrd Career Consulting. Her work is centered at the intersection of career empowerment, life design and professional positioning. She partners with companies and universities to deliver keynotes, training, coaching and curriculum centered around culture engagement, upward mobility and diversity and inclusion, serving organizations such as Honeywell, Zapier, Duke University and City of Charlotte.

As a Google Digital Coach for North Carolina, she leads the effort on providing digital workshops to minority small business owners. She’s also an Adjunct Faculty with the College of Business & Economics at  North Carolina A&T State University, and a Certified Life and Career Coach. Latesha has been featured in Forbes, The Wall Street Journal, Money Magazine, Vogue Business and Black Enterprise.

In 2012, she earned her bachelor’s degree in accounting from the Belk College of Business. She was the 2019 Belk College Outstanding Young Alumna Award winner. 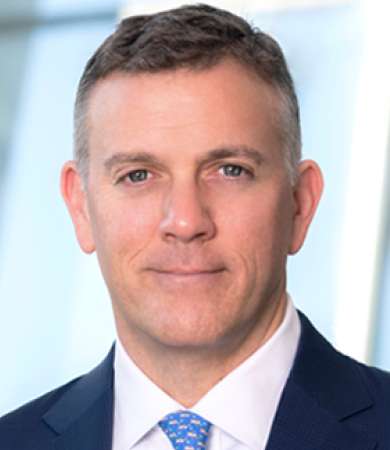 Mike is also Chairman of the Board of Barings BDC, Inc., (NYSE: BBDC), an external business development company managed by Barings. His experience canvasses two decades on the buy-side, focusing on both equity and debt investments. Mike holds a B.A. from Furman University and an MBA from Wake Forest University. 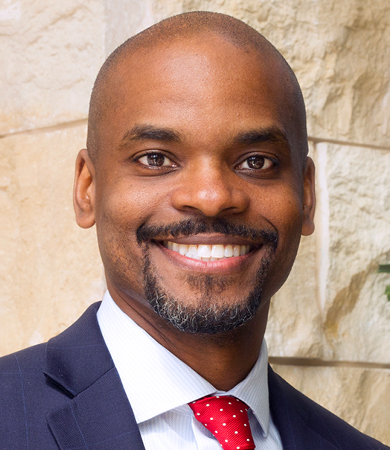 Craig Parkin is Senior Managing Director and Regional Segment Head for the Atlantic South Region of TIAA’s Institutional Relationships Business. His team is responsible for all aspects of the client relationship, including relationship management, plan administration, individual participant advice and education as well as plan growth, acquisition and retention. His region has nearly 700 institutions with client’s retirement assets exceeding $150 billion for more than 1 million participants in the higher education, cultural and research fields.

Prior to this role, Craig was the Head of Business Effectiveness for TIAA’s Retail Financial Services business, Chief Administrative Officer for the Retail Products & Services unit and Head of Relationship Management for the company’s 529 college savings business. Before TIAA, he spent seven years at Bank of America, where he held a variety of leadership positions.

He is a member of TIAA's Enterprise Leadership Group, has served as co-chair of TIAA’s Charlotte Leadership Council, executive sponsor of the Empowered (African American & Caribbean) Employee/Business Resource Group and received the 2019 Inclusive Leader Award. Craig has also created the Breaking Bread Career Series as well as as other mentoring and leadership groups for diverse populations within TIAA.

Craig holds a B.A. in economics from Colgate University, was a Hugh McColl Sr. Fellow at the McColl School of Business at Queens University, where he received his MBA and executive coaching certification and completed the TIAA/UNC Kenan-Flagler School of Business Executive Leadership Program. As a FINRA registered representative, he holds his Series 7 & 24 licenses.

Craig serves on the Board of Advisors of the UNC Charlotte Belk College of Business and has served on the board of directors for the Alexander Youth Network. 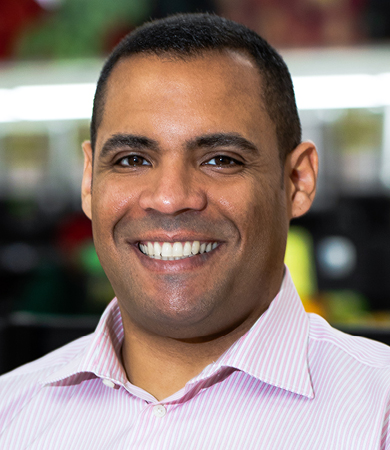 Omar G. Jorge Peña is the CEO of Compare Foods in Charlotte and Chairman of Aurora Grocery Group, which operates 24 supermarkets under the Compare Foods, Gala Foods, and GalaFresh Supermarkets banners throughout the East Coast of the United States.

Founded in 1989 by the Peña family, Compare Foods is the largest ethnic supermarket chain on the East Coast, with stores from Massachusetts to South Carolina. Omar is a second-generation grocer, working in the family business beginning in his teenage years. In 2009, Omar accepted a position as a partner in the company and relocated to Charlotte, North Carolina, to manage the Compare Foods stores in the region. In 2012, together with his family, Omar led the creation and was named Chairman of a new family holding company, Aurora Grocery Group (AGG). AGG serves as the primary bargaining entity for the 24 supermarkets. In 2015, AGG debuted the GalaFresh Farms banner, focused on the new generation of Latino customers. Today, Omar also serves as the primary owner and CEO of the Compare Foods supermarkets in Charlotte.

Omar obtained his BA from St. John's University, majoring in Government & Politics. He also graduated with a Juris Doctor from the Benjamin N. Cardozo School of Law - Yeshiva University and is admitted to practice law in New York. He practiced as a business attorney in New York before moving to Charlotte.

Omar is actively involved in contributing to the community. He served two terms as the Chairman of the Latin American Coalition, the largest Latino advocacy and cultural organization in North Carolina. In 2014, He was appointed by Charlotte Mayor Dan Clodfelter to serve on the Charlotte Immigration Integration Task Force. Omar also serves on the following Boards of Directors: the Food Marketing Institute, the North Carolina Retail Merchants Association, and the Carolinas Food Industry Council, in which he’s currently serving as President.

Omar and his wife, Miriam, live in Charlotte and are the proud parents of twin boys, Michael and Gabriel. Omar serves on the Board of Advisors of the UNC Charlotte Belk College of Business.

These Charlotte-based business leaders will join us for the Dean's Leadership Series on Thursday, Oct. 15, 2020. 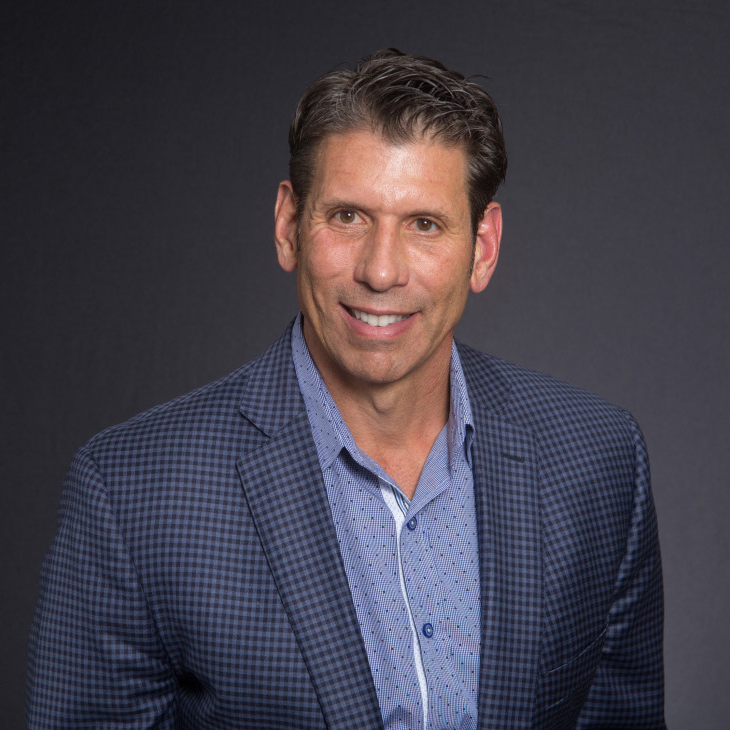 Peter Fioretti has been Founder and CEO of Mountain Funding and Mountain Real Estate Capital since 1993; he also leads The Fioretti Family Foundation.

Since in his 20s, Peter has owned and managed various successful real estate investment and development companies, investing over $3 billion in equity. Mountain’s family office provides strategic and co-GP equity, to extraordinary real estate companies that excel in a specific market niche. Mountain has invested with 10 operating partners covering all asset classes, with cumulative asset values of approximately $1 billion.

Mountain also created one of the largest US residential land and homebuilding investment platforms. The firm partnered with 25 builders/developers to develop 400 projects in 20 states, generating over $5B in asset sales. Peter serves on the advisory boards to several of these companies.

Peter received the New Jersey SBA Businessman of the Year Award and was named the “Entrepreneur of the Year” for real estate by Inc. Magazine. He is a graduate of Lehigh University, where he served on its Board of Trustees.

He also serves on the Childress Klein Center for Real Estate Board of Advisors. 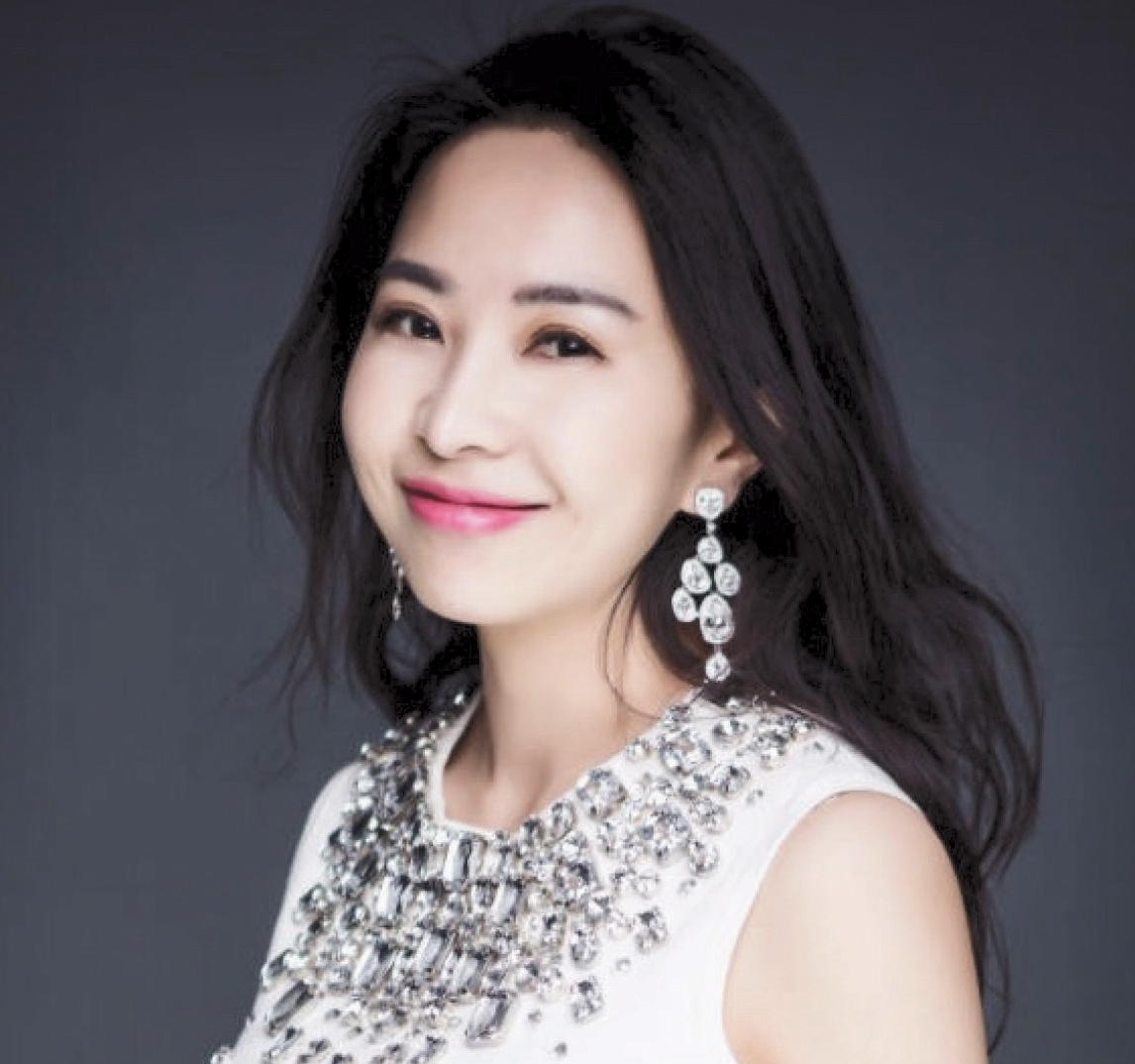 She founded Panorama Holdings and serves as the President. Panorama Holdings is an award-winning company specializing in real estate development, investment, finance, consultation, and EB-5 projects. Currently, the company is developing several projects with a total of over 3 million square feet in the Greater Charlotte area, with asset classes spanning over multifamily, retail, office space, and hotels.

A multifamily development project, Blu at Northline, was nominated “New Property of the Year” for the Greater Charlotte Apartment Association Bravo Awards in 2017 and won the 2018 Charlotte Business Journal Heavy Hitters Award.

Prior to establishing Panorama Holdings, Ms. Wu was an investment banker at Wells Fargo Securities. She managed large-cap clients in the residential mortgage sector. Some of her clients included PHH, Redwood, Embrace Home Loan, and Prospect. Ms. Wu managed a portfolio with finance capacity of $1.1Bn. She also worked on trading strategies for CMBS, CMO and CLO desks.

Ms. Wu is active in economic development activities both locally and internationally by serving on the Board for University City Partners (UCP), establishing North America Chinese Chamber of Commerce and founding American Alliance for Economic Development.

Ms. Wu earned her Master of Mathematical Finance from UNC Charlotte’s Belk College of Business. She is also a recent EMBA graduate from the Cheung Kong Graduate School of Business. 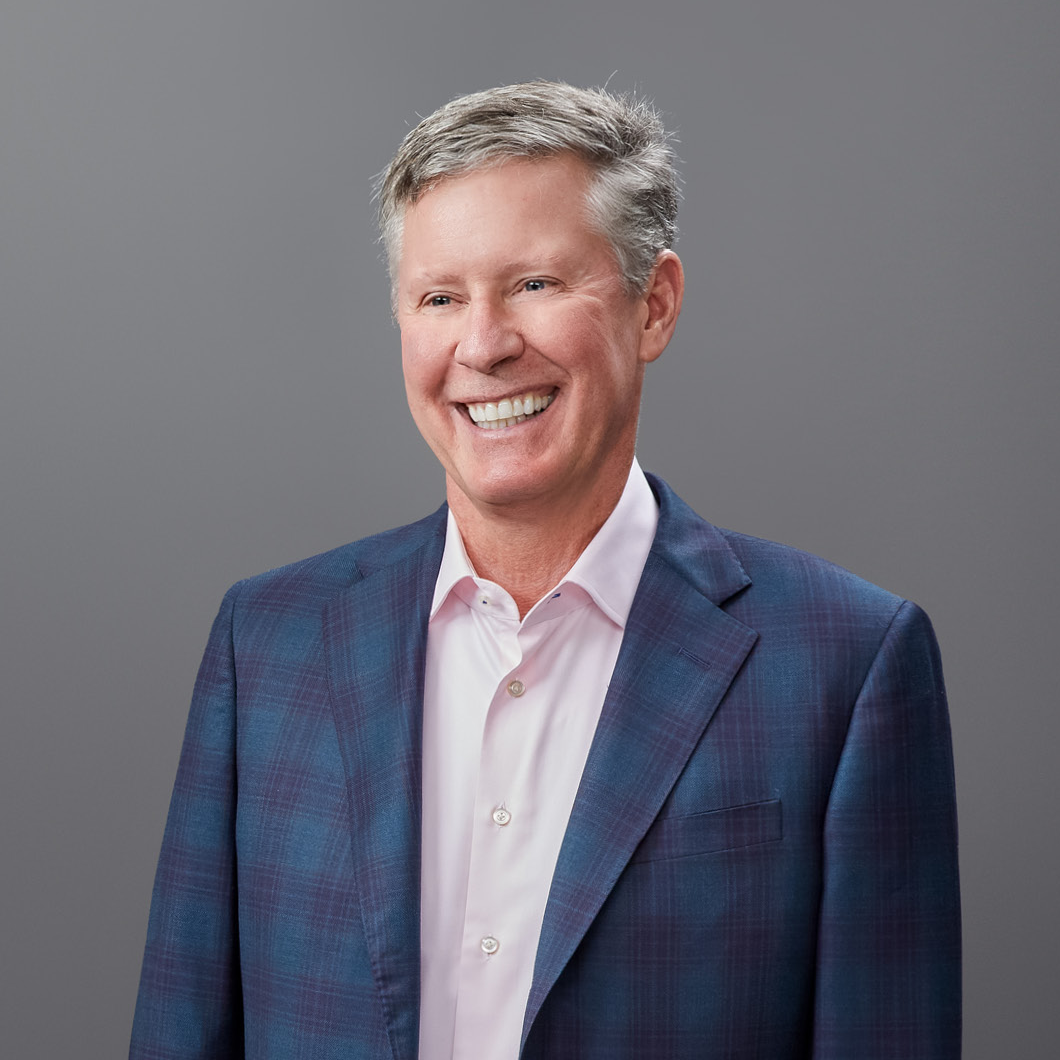 As a Founding Partner of Childress Klein, Landon Wyatt III brings nearly four decades of experience in the commercial real estate industry with an emphasis on developing industrial facilities that are safe, efficient and meet the needs of clients.

Childress Klein has developed more than 20 million square feet of industrial space throughout the Southeast, in addition to managing and leasing another 10 million square feet. His knowledge of the market, combined with his reputation and expertise, help create environments that run safely, efficiently and effectively.

Landon joined Childress Klein in 1988. He earned his bachelor’s degree from Washington & Lee University and a Master of Business Administration (MBA) from the University of Virginia.