UNC Charlotte researchers are taking a unique approach to gender inequality in the workplace: They’ve developed training that focuses on male leaders.

What does gender inequality in the workplace look like today?

Yavorsky: Since the 1960s, ‘70s and ‘80s, we have reduced the gender wage gap. Women have made gains in managerial representation, and entering into key male-dominated jobs, like business, medical fields and law.

The bad news, unfortunately, is that a lot of this progress has stalled. … The labor force participation rate of women has plateaued since the mid-1990s.  The gender wage gap, we've really seen a slowing of gains, and then we've also seen a stalling of integrating occupations in that occupations are still very segregated by gender. And so really I think about this in terms of where inequality is embedded in three different buckets.

The first is labor market entry. Women still face significant barriers to just participate in the labor force, in large part because the U.S. has abysmal work-family policies. We're one of the only developing countries that doesn't have basic family paid leave. We also don't have subsidized child care. This is one of the biggest issues is that when families do not have reliable child care, if they cannot afford it, they rely on women to drop out of the labor force, essentially. It's a big driver that when they can't find child care, it pushes women out of the labor market.

Then the third bucket ... is bias and discrimination that really occurs within promotion and advancement opportunities that thwarts women's abilities to work their way up the corporate chains or access high income positions.

Do you think it's those three buckets that are pulling down the ability to make further progress or is there some other factor that's causing this plateauing of progress?

Yavorsky: We haven't seen any sort of major legislation that has been intended to jump start gender progress since the mid-1990s. So, that's one factor. Another factor is that a lot of the efforts to overcome gender inequality in the workplace have been to fix the woman, and we know that these are not largely not effective.

What does your research tell you about how to approach these issues?

The fact that men are in authority positions in a lot of different industries,   they're in a great fantastic position to lend their voice to talking about this type of inequality.

If you look across areas of science, medicine, business, politics, men dominate these upper echelons, and they could really do a whole lot in terms of helping to improve the broad structural issues, policies but also just at a more individual level in terms of their interactions with their their colleagues and whether those colleagues are men or women.

'One of the basic things that men can start doing is listening more, actually taking up less conversational space, as well as encouraging women's remarks and championing their remarks.'

Are there just things that don’t work?

Banks: My advice is for organizations to try. I think that there's not going to be one kind of silver bullet or just fix all to all these different types of issues. You're going to actually have to sit down and try to make structural changes within your organization. Try to see what's working, what doesn't work and basically almost take a scientific approach to it where you're evaluating the effectiveness of certain different types of techniques.

Yavorsky: One of the things that we know that doesn't work is when companies do single-tiered efforts. If they just do a diversity training and then they think that their efforts are done. We know, in fact, that knowledge and progress from diversity trainings are oftentimes short-lived, and sometimes they can actually create backlash.

When we take these kinds of single-focus efforts, they oftentimes do not actually create meaningful change. So, we really need multi-tiered processes and practices to change the actual inequality within organizations.

What are the research-informed best practices to address gender inequality?

Yavorsky: There are lots of things that organizations can do to improve equality within their organizations. … A few of these programs include: college recruitment, actually targeting underrepresented workers, like people of color and women. Other things include formal mentoring and sponsorship programs.

So what we know from research on social networks is that people tend to take on mentors who look like them, and so when the majority of executive leaders still are men – particularly white men – they oftentimes are more likely to take on proteges that look like them, which, of course, is deeply problematic because it excludes women from access to this power and people of color from access to power.

Organizations are often so good at tracking financial metrics and product development, but yet they fail to do even basic recording of gender disparities. … Starting to actually track and if a program isn't working within your organizations, change it.

Banks: The easy answer is everybody. This is truly something that we all need to embrace within organizations, and we need to embrace at all levels – like we're answering just a moment ago. Now certainly if you're looking to implement fast cultural change within the organization, one of the easiest things that feels like you can do is start with the top of the organization.

Adding someone who is at the c-suite level as an executive within the organization whose job it is to to do this, to promote this, can really make a difference.

Now more and more, we do see Fortune 500 companies and other large organizations that have a voice for HR at these higher levels within the organization, but it really needs to be a powerful voice, a voice that can help to bring about the importance of this conversation.

Are there specific actionable steps male leaders can take to improve gender inequality?

Yavorsky: One of the basic things that men can start doing is listening more, actually taking up less conversational space, as well as encouraging women's remarks and championing their remarks.

This is really on all people but potentially really men leaders to make sure that everybody's contributing in conversations, that women are feeling that their ideas are getting traction within groups.

A couple other things I'll mention is taking assessment of your own network. Research on social networks suggests that men tend to have higher status networks and this is in part because of homophily. So, if men tend to be in higher status positions, it means that they tend to have access to better information about job opportunities or special assignments.

If you're a male leader, make sure that you're distributing this information equally among the genders, as well as diverse racial groups.

The last thing I will say is practicing and showing support for family-friendly organizational policies and actually using those policies yourself. The research on paternity leave shows quite clearly that on average men take less than two weeks for paternity leave in the United States. This is in part because they oftentimes don't have access to paid leave, but even when men do, they're far less likely to actually take paternity leave and so what this does is that it shifts the burden to predominantly indicate that caretaking is the responsibility of women.

And so actually modeling this behavior, talking about your family, supporting family-friendly policies and flexible work environments within your own culture will go a long way to actually support families and both men and women who obviously have lives outside of their workplace.

Banks: There's overwhelming evidence that leader emergence is related to talking time. It is kind of funny that in some ways it's that simple. But you could imagine if you have men that are dominating the conversation, they're naturally going to be recognized more clearly as leaders, be perceived as the prototypical leader.

So a tactic as simple as saying at the start of a meeting, “I'd like to hear from everybody, we want to hear everyone's voice,” and then calling out on people. … These small changes really do signal how much you value other people's contributions.

In January, Kamala Harris is set to become the first woman, first Black person and Asian American to become vice president. What does this moment mean for women and people of color?

Banks: To have someone in a high-profile leadership position that demonstrates that and truly signals that you can accomplish high levels of leadership is going to say a lot to a lot of other people that are aspiring to be in similar positions. …  It means a lot from a symbolic perspective, but I think more tangibly it can also help to create really positive change.

What can we do to reduce gender inequality in the workplace?

Yavorsky: Some of the more basic things that people can start doing right now is advocating for policy change within their organizations, voting for politicians who support family work policies, equally sharing domestic labor within their own homes – this is particularly kind of aimed at men in which we know that they still do far less on average in housework and child care than women, even when both partners work full-time, participating in engaging in diversity efforts – this is true for both men and women, showing up – increasing your own knowledge on these issues. But, ultimately we are talking about big, structural, organizational change that these are big issues that our leaders really need to take on and actually pass major legislation to jump-start progress. So I mean I think that we need to go to these big structural changes and really hope that it will start to jumpstart some of this progress for gender, race and class inequality.

Note: The interview has been edited for clarity and space. The full interview is available through Charlotte Business Buzz. 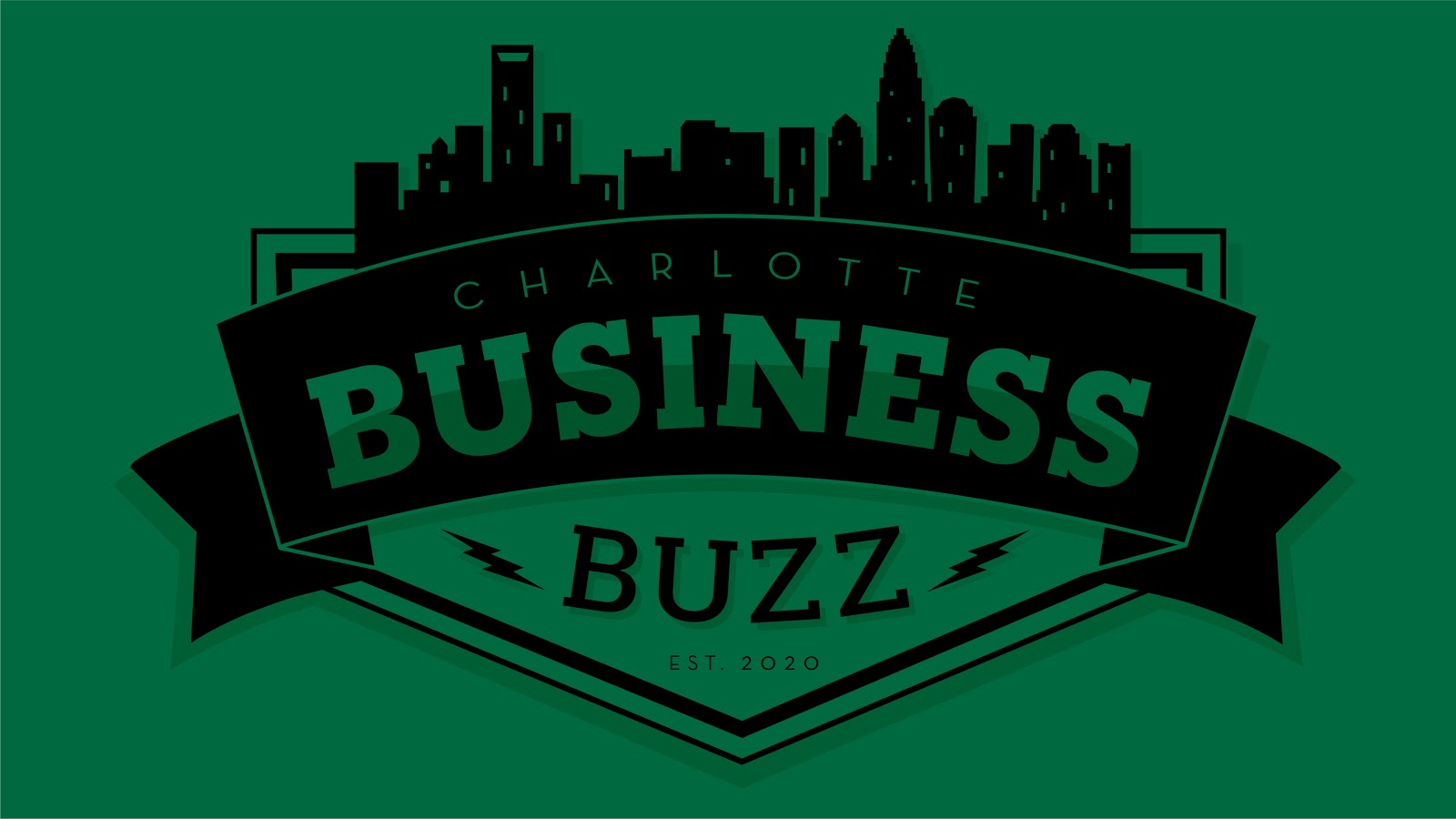 Listen to this episode and others now!